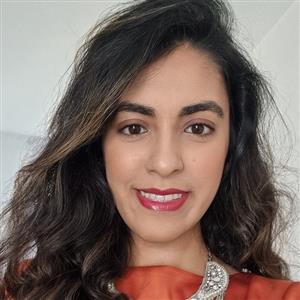 Hajj is the sacred pilgrimage performed by Muslims and is one of the five pillars of Islam alongside Shahadah (the declaration of faith in one God and his prophet Muhammed peace be upon him), Salat (prayer), Zakat (almsgiving) and Sawm (fasting in Ramadan).

The path that Prophet Muhammad (peace be upon him) and his followers travelled is retraced as part of the Hajj rituals today which include making Hajar's walk between Safa and Marwah, stoning the wall of Satan that tempted Ibrahim to defy God, slaughtering an animal in honour of the sacrifice that Ibrahim made to save his son and climbing Mount Arafat from which Prophet Muhammad (peace be upon him) made his last sermon.

The Hajj pilgrimage is performed over six days and is comprised of a series of rites and rituals pilgrims perform to unify themselves with other believers, absolve themselves of their sins and worship and give thanks to God.

On the first day of Hajj, we were transported from our luxurious 5* hotel in Makkah to the tent city of Mina in the desert, where we would be spending the majority of our time over the next couple of days. The campsite was bare and we had only the basic necessities. The purpose was to detach ourselves from our worldly possessions and spend time in quiet reflective solitude, preparing for the days ahead, with ample time for spiritual reflection, devotion and prayer.

The second day of Hajj, known as the day of Arafat, we travelled to Mount Arafat where we spent the whole day in front of God in sincere supplication and asking for God’s mercy. This is one of the most important days for Muslims, and one where pilgrims feel a particular special connection with God. The Prophet Muhammad (peace be upon him) said:

“On this day, Allah, the most Exalted, descends to the nearest heaven, and He is proud of His servants on the earth and says to those in heavens, look at My servants, they have come from far and near, with hair dishevelled and faces covered with dust, to seek my Mercy. Even if their sins are as much as the sand or the froth of the sea, I shall forgive them.”

After sunset we then headed to an open valley between Mina and Arafat called Muzdalifah. Here we would perform our evening prayers and spend the night sleeping under a sky full of stars.

The third day of Hajj, called Yawm al-Nahr (the Day of Sacrifice) is also known as Eid-ul-Adha. Whilst Muslims around the world celebrated Eid, we had a long day of rituals ahead including a ritual known as ‘Stoning the devil’, where we pelt 7 pebbles at a stone structure known as Jamrat al-Aqabah, which represents Ibrahim’s action to cast away Satan when he approached him. Then there is the animal sacrifice which is distributed and fed to the poor. Following the sacrifice, the men will shave their heads, and the women trim their hair by the length of a fingertip. The act of cutting our hair symbolises one’s detachment from physical appearances and complete subjection to God.

The final hajj rite on this day takes us back to Makkah to perform tawaf al-ifadah, which involves circumambulating the Kaaba anti-clockwise seven times. Whilst doing so pilgrims reflect on their experience and thank God for everything. The last 3 days of Hajj are spent back in Mina, where pilgrims will repeat the stoning ritual and use the final days to think about how they want to improve themselves going forward and live a better life when they return to their hometowns.

Performing hajj has taught me a lot. It’s taught me patience, gratitude, striving to do my best and continuous improvement, being understanding and compassionate, helping those who are in need, loving for my neighbour, what I love for myself and my devotion to God and standing firm in my faith.